On 13 November, Coventry Lord Mayor and his Committee for Peace and Reconciliation were delighted to host Professor Yasmin Alibhai-Brown as she delivered the 34th Lord Mayor’s Peace Lecture, always the high point of Coventry Peace Festival, entitled “Keeping Faith in Just Values in an age of Populism”.

As one might expect from this well-known and often controversial prize winning journalist, author and academic, Yasmin spoke from the heart about the grave problems facing the world today and what each one of us needs to do to avoid their evil consequences.

The audience in the beautiful medieval Guildhall received Yasmin’s speech with enthusiasm and approval.

She started her talk with a brief history of equality, diversity and inclusion. She then shared with the audience what she thinks is happening in these extraordinary times. She explored some previous private and public initiatives and policies, what they meant then and how they are playing now. And why concepts like equality and justice are being questioned and opposed.

Listen to the lecture 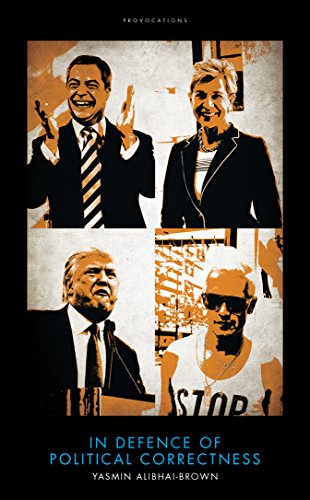 During the lecture Yasmin mentioned the following book:

Staying Power: The History of Black People in Britain by Peter Fryer

She read from her own book Exotic England: The Making of a Curious Nation

Yasmin’s latest book is In Defence of Political Correctness