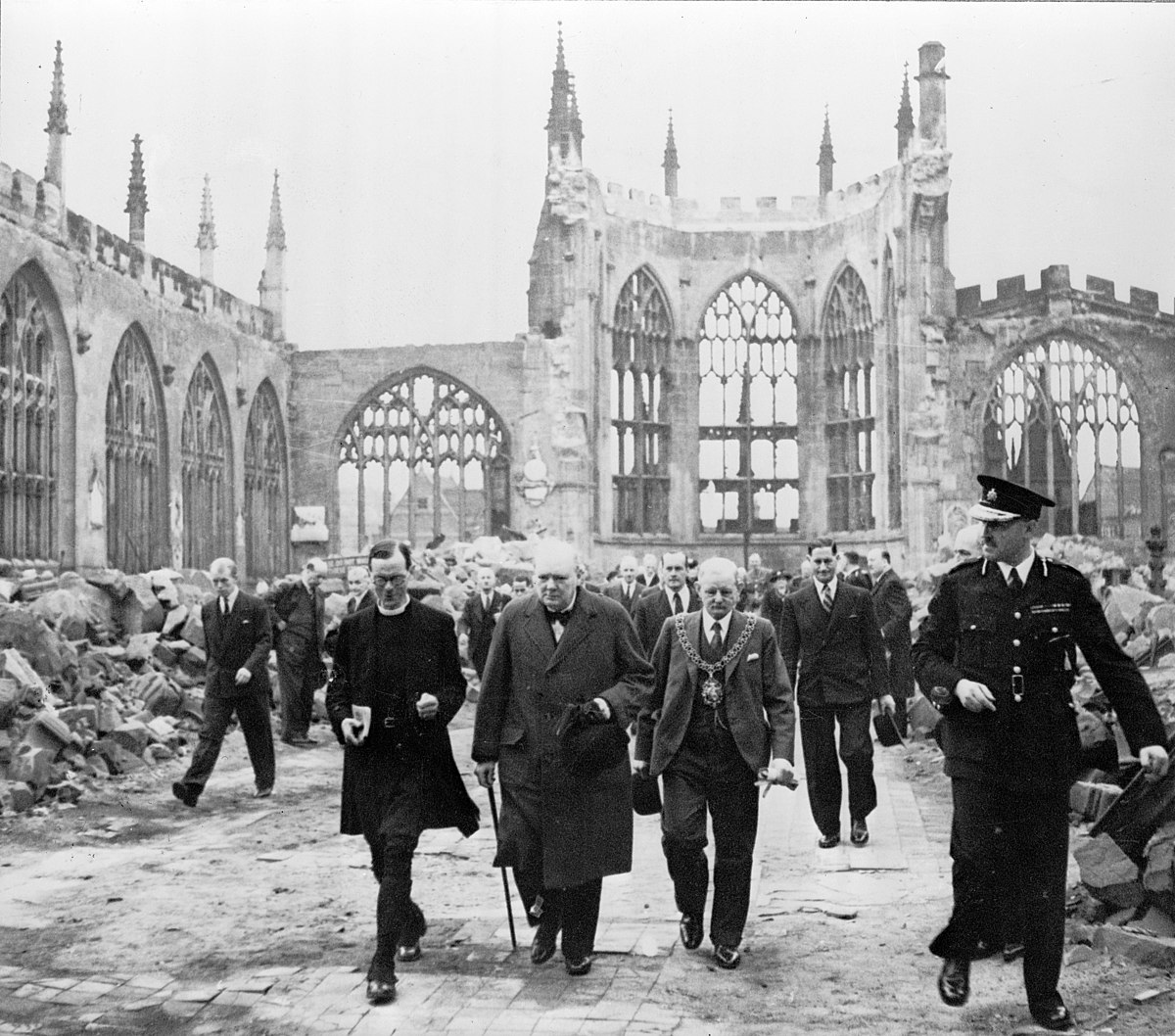 Howard was educated at Jesus College, Cambridge, ordained in 1908 and began his ministry as chaplain of his former Cambridge college. In 1912 he went to St. John’s College, Agra for the Church Missionary Society (CMS). From 1913 to 1918 he was Vice-Principal of St Paul’s Divinity School, Allahabad and from then until 1929 was the Principal of St Aidan’s College, Birkenhead.

After four years as Vicar of Luton he became Provost of Coventry Cathedral, a position he held for 25 years.

During the Coventry blitz on the night of November 14–15 1940 Howard was one of four firefighters who went on the roof to try save the cathedral. Incendiary bombs are designed to cause firestorms. At around 20:00 a fire broke out in the cathedral and despite extinguishing the initial fire, other direct hits caused fires which ultimately led to its destruction.

In just one night more than 43,000 homes, the entire city centre, two hospitals, two churches and the police station were destroyed by around 500 tons of explosives. An estimated 568 people died in the raid, with over one thousand people sustaining injuries.

Somehow, the 300 foot Gothic tower built in the 1400s survived, as did the outer walls of the cathedral. The roof and everything that had been within the walls was a massive heap of rubble.

It is said that the next day Howard used a piece of chalk to write the words “Father Forgive” on the sanctuary wall of the ruined Cathedral (rather than ‘Father Forgive them’, the words of Jesus on the Cross) as a reminder that we all need forgiveness, not just those who have harmed us. These words were carved on the wall behind the rebuilt altar in the spring of 1948.

Six weeks later on Christmas Day, Howard Howard appealed for peace and reconciliation during a broadcast from the Cathedral ruins the BBC Home Service.

With the City Council he led the way in town twinning, beginning with Kiel, which had been similarly bombed.

Article from Globalisation for the Common Good Initiative.