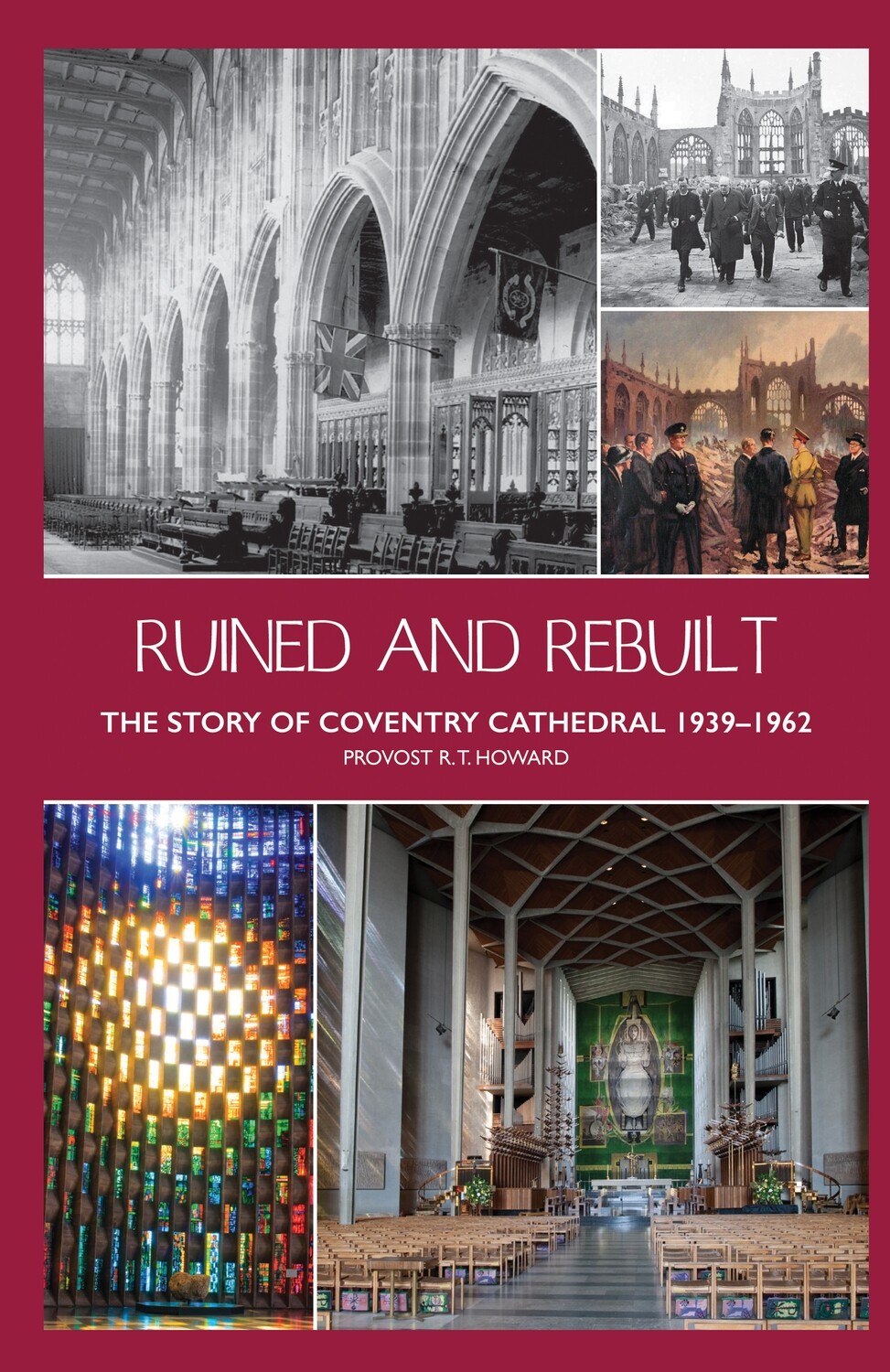 Ruined and Rebuilt paperback including free shipping in UK

"The story of Coventry Cathedral has been of deep significance in my own life and ministry, and is one which continues to inspire and move all those who hear it. It is a story of hope which will be told and retold through the ages. But there is a unique power in this account by Provost Howard, who not only knew the Cathedral intimately but who lived and breathed the very moments of its ruin and regeneration. In his story, we read how the extraordinary events of November 1940 and their aftermath brought Provost Howard to a new and vital encounter with Jesus Christ and the meaning of the cross. As he writes, ‘On the night of its destruction, in an amazing and miraculous way, Coventry Cathedral became the living embodiment of the tremendous truth that, through the crucifixion and resurrection of Jesus Christ, all crucifixions in human experience can issue in resurrection’. This truth is the beating heart of the Coventry story, which Provost Howard proclaimed not only to that city but to the world. I pray that each person who reads this moving story will be inspired to find new ways to live it out today."

This book is published by Coventry Lord Mayor’s Committee for Peace and Reconciliation on behalf of Coventry Cathedral.

Postage within the UK is free.

The book is also available from all good bookshops and from Coventry Cathedral shop.

Save this product for later
Display prices in: GBP