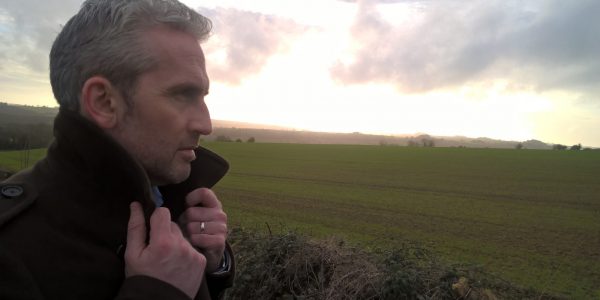 Fifth collection of poetry by Coventry Poet Antony Owen. This is one of only a handful of poetry collections from a single author since WW2 from a western perspective.

After World War II ended for most people the war inside for survivors both physically and mentally scarred from the atomic bombings had just begun. “The Nagasaki Elder” is a poignantly vivid account of the suffering endured by civilians caught up in both the immediate and long term aftermath of the atomic bombings on Japan. Inspired both by years of research and also testimonies recorded of atomic bomb survivors in Hiroshima Owen brings an original, rare and much needed account from a western perspective of a tragic eastern experience of conflict. Set in two parts The Nagasaki Elder shifts from World War II to present day exploring the harrowing and brutal consequences of bombings in all their nefarious forms on civilians.

Antony Owen closely examines the human toll and the indiscriminate effects of chemical warfare in this new and affecting collection.  Owen’s exploration is both tender and melancholic, and his imagery of flesh transmuted is as beautiful as it is horrific.  This book sings and weeps of loss; it is a testimony to the survivors and the wounds that they carry; to the dead and the shadows they leave on the earth.” Helen Ivory

“Antony Owen is the bravest British poet of his generation. He goes to places poetry doesn’t visit and lingering there, crafts acts of testimony and tribute. He does what art is supposed to; raising us the highest so that we can see the deepest. The Nagasaki Elder in its stunning evocation of human suffering is simply his best work yet.” Joe Horgan

“The Nagasaki Elder is a beautiful and harrowing account of a journey through the bombed cities of Japan.  Unlike most poets who hold forth about atrocities, Antony Owen has been there.  He has spoken in depth to the Hibakusha and transformed their voices into some extraordinary poems.  And we must listen, if we don’t want our world to end as theirs did.” Merryn Williams

The Nagasaki Elder is very very hard-hitting yet very tender.

A sample poem from the collection may be enjoyed here.

Details about the launch event of the book here.