↓
Home→Democracy→Police and Crime Commissioner Candidates 2021 – Which Will Bring Peace to Victims of Crime?

Police and Crime Commissioners (PCCs) are elected officials responsible for securing efficient and effective policing of a police area.

An effective PCC and police force can contribute significantly to the peace of the people of the West Midlands.

The 2021 West Midlands PCC election will be held on 6 May at the same time as elections for elections of the Mayor of the West Midlands Combined Authority and local government elections.

We show below the prospectuses for the six candidates listed alphabetically by surname.

Contents of this page

None of the candidate mentions Restorative Justice explicitly. RJ is a process that tries to bring peace and recompense to victims. However, several candidates mention victims and say they want to support them.

For a report on the questioning of the out-going PCC by Coventry Restorative Justice Forum and other information about RJ in Coventry, see here.

There will be a husting at which you can ask the candidates questions on 30 April. Register here. 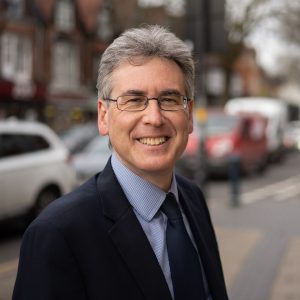 My family’s roots are in the Black Country and I have lived, worked and brought my family up in the West Midlands. During my 35 years career as a legal aid solicitor, I have always represented the people and communities of the West Midlands.

As your Police and Crime Commissioner I will:

Strengthen community policing by putting 450 extra community police officers on our streets.
Reduce violent crime by investing in prevention when possible and detection and enforcement when necessary.
Combat violence against women, including domestic abuse, ensuring police use all tools available to prioritise safety of victims.
Prevent our children and young people from becoming victims or offenders by safeguarding and promoting their welfare.
Tackle ruthless suppliers and dealers of drugs profiting from criminal exploitation, promote harm prevention and treatment by way of diversion and to save lives.
Invest in crime prevention, because the prevention of crime is always better than having to deal with the consequences of crime.
Protect victims of crime, promote their rights and ensure access to suitable victim support services.
Aim for a police service that is representative of the people and communities it serves, eliminate discrimination, advance equality of opportunity and foster good relations.
Oppose any steps to abolish the role of the Police and Crime Commissioner, democratically elected by and directly accountable to you, the people.
Fight for fair funding to return police numbers to 2010 levels, prevent local council tax payers having to pay more for less and a fair funding formula for the West Midlands.

My top priority will always be justice, safety and security for all of our people, communities and regions of the West Midlands.

We all have a very clear idea about what good policing looks like, what we need and deserve for ourselves and our communities. When crimes are committed, we want them investigated properly, we want the police to support us to live legally and peacefully. We want a police force that serves all of its citizens, operating without prejudice, in a professional and transparent way.

I would work tirelessly to support our police force and hold them to account as regards these values. My background shows that I am always honest, determined, and fearless in the face of authority. If elected, I would use my experience and strength to fight for you. I am an ordinary Brummie, and would never aspire to be anything else. On these terms, as Commissioner, I would always be in your corner, fighting to ensure that we have a justice system that works fairly and effectively for all.

My plan and platform focuses on:

Supporting victims of crime to navigate the complex processes of law, and their dealings with the police service.
Using the PCC to build confidence and credibility between the police force, victims, and communities.
Using best practice, and collaborating with practitioners across sectors, to tackle the growing problem of knife and gun crime in the West Midlands.
Engaging with community and faith leaders to improve harmony in the region.
Ensuring high standards of honesty and transparency among all public officials.
Supporting our police to deal with national and international challenges.
Working to ensure that the elderly and vulnerable feel safe.
Exercising the powers of the PCC in a truly independent and fair way, unencumbered by party control.
Promoted by election agent: Mr Paul Jenkins, Unit A, Leviss Industrial Estate, Old Station Road, Birmingham, B33 9AE 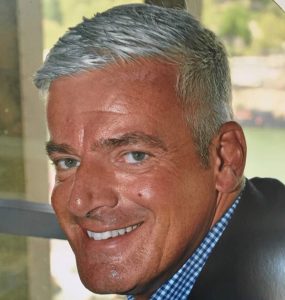 As the father of two young women, I am sick of being worried about their welfare when they leave the house. A feeling that too many parents experience.

I’ve lived in the West Midlands for most of my life and have seen Labour and the Conservatives have failed on crime. In 2020, during a lockdown we saw violent, weapons, public order crimes rise and anti-social behaviour. Over 100,000 crimes were not investigated.

I’m not a career politician I am an ordinary man fed up with increased crime. My mission is to protect the law abiding silent majority by placing more Police on the streets to deter and catch criminals, not in cars and offices. I stand for the old lady frightened to go out, the business owner afflicted by theft, the young girl racially abused for wearing a headscarf, the stabbed teenager, the woman walking home after dark.

I will ensure Police will be consistent on how they carry out their duties without favour to any particular group or organisation which under both Labour and Conservative has become a disturbing trend. Both have and continued to fail on crime.

They’ve taken Police off the streets to pursue politically correct initiatives at the cost of doing proper policing. I stand for the rank and file officer frustrated at being unable to do their jobs, therefore I will equip them with the tools they need to do the best for our community. In summary my message is MORE PCS, LESS PC to help our whole community feel safe again. 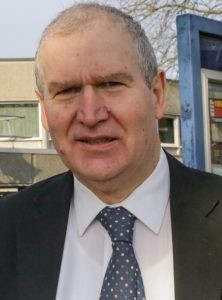 I have worked for nearly 20 years with local police teams and have seen many terrific local initiatives. Sadly, in recent years local policing has been decimated and teams have been withdrawn from communities, often spending hours of time in traffic reaching their neighbourhoods. It is time for local policing to be better. The new Police and Crime Commissioner can make this happen – but this needs a commitment to local policing that has been lacking.

These are my priorities:

1/ Get the police back in our communities

We must support the restoration of front-line local policing in our communities and neighbourhoods. This means two extra police officers for every neighbourhood team – with opportunities for PCs and PCSOs to learn and apply a wide range of skills.

Each area would have a local policing plan, setting out how local teams will be based in their communities.

I will absorb the post into the West Midlands Combined Authority as an elected deputy mayor. The cost of the Commissioner’s office, at £2.6 million a year, is a misuse of police resources. I would refuse to take the £100k salary currently awarded to the Commissioner, cutting it by at least half.

Ensure the police work with youth organisations, schools and colleges to prevent young people being drawn into crime and gangs;
Support measures to make roads safer: local initiatives such as Speedwatch and working with councils to roll out average speed cameras on highways;
Make communities safer by ensuring that police work with local people on prevention and support for victims of crime, through strong, locally based police teams.

We are in the season of change and that we do require strategic and directional leadership when it comes to building bridges between the Community and The Police.

I am a husband, a father, a grandfather; being born in Birmingham of parents that were of the Windrush Generation from Jamaica.

Policing by consent is only effective when trust and confidence; communities are the police and the police the community. Responsibility must be taken by the Police and Crime Commissioner not just to deliver a police and crime plan, not just manage an office, not just to set a budget but also to hold the Chief Constable to account in the delivery of a robust fair and just Police service that serves all the people of the West Midlands who are the ultimate stakeholders.

This has been borne out my work on dealing with for example:

Working on initiatives such as:

Being a Bishop and a campaigner for many years in terms of equality and social justice, I am of the firm belief that we do require greater Community relations in terms of Policing through dialogue and partnership.

It is my pledge to tackle issues head-on constructing tangible partnerships between the Police and the community which includes all seven local authority areas. The time has come to stop pointing fingers and offer responsible leadership, which I am prepared to deliver.

For my pledges and first 100 – day plan visit www.wematterparty.org

“This form has been prepared by Charlie Williams, Election Agent to Desmond Jaddoo for the We Matter Party 94 Warren Road Birmingham B44 8QD”

I am running to become your Police and Crime Commissioner to Get Crime DOWN.

In the last five years under a Labour Commissioner, crime went up by a third in our region, with violent crime more than doubling, and our region sadly suffering the highest rate of knife crime in the country.

44 of our police stations have been closed by Labour who plan to close even more, including Aldridge, Solihull, Sutton Coldfield, Tipton and Wednesfield. At the same time, they’ve increased our local policing tax by the maximum for the last eight years.

We need MORE policing and LESS politics – as a proven public servant, my approach will be different because it will put people’s safety and security first.

I’ll tackle rising crime with a robust and proactive approach. I will STOP police station closures, as we invest in local police presence, increasing neighbourhood police officer numbers and recruiting more PCSOs and Specials to provide specialist capabilities and links to our diverse communities.

With more investment into policing by this government, I will prioritise resources into crime fighting – on the side of victims rather than the criminals.

I will cut bureaucracy from the PCC’s office to ensure more money goes into the frontline. I will ensure the police are more accountable and accessible to the public.

I draw from my 12 years serving at home and abroad in the Army and my years of service to communities to come at this with commitment and energy to find solutions.

I believe in the role of the police as a force for good, and I will be a bridge between our communities and West Midlands Police to ensure we rebuild trust and confidence in our region.